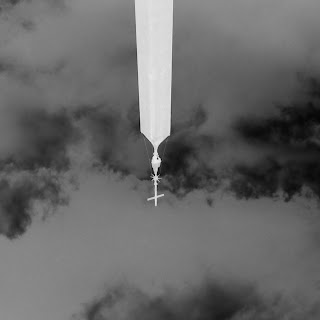 ‘I beseech you the executioners, crucify me thus, with the head downward and not otherwise . . . Learn ye the mystery of all nature, and the beginning of all things, what it was. For the first man, whose race I bear in mine appearance (or, of the race of whom I bear the likeness), fell (was borne) head downwards, and showed forth a manner of birth such as was not heretofore: for it was dead, having no motion. He, then, being pulled down – who also cast his first state down upon the earth – established this whole disposition of all things, being hanged up an image of the creation (Gk. vocation) wherein he made the things of the right hand into left hand and the left hand into right hand, and changed about all the marks of their nature, so that he thought those things that were not fair to be fair, and those that were in truth evil, to be good. Concerning which the Lord saith in a mystery: Unless ye make the things of the right hand as those of the left, and those of the left as those of the right, and those that are above as those below, and those that are behind as those that are before, ye shall not have knowledge of the kingdom.’
The Acts of Peter

Mazdak’s followers were planted there head down, with their feet in the air, like trees. . . . If you have any sense, you will not follow Mazdak’s way.
Firdawsi, Shahnameh

This special issue of Helvete invites submissions which consider the nature of inversion in the imagery, lyrics and music of black metal and/or deploy black metal for the theory of inversion.

Nailed at the heart of many a logo, suspended from the neck, held out in Satanic blessing: the inverted cross is one of black metal’s anti-icons. The antithesis of a revelation of light, it signifies an originary blasphemy. The elevation of Satan (in orthodox or psycho-symbolic terms) as the one worthy of adoration is inevitably cast in terms of a desecration of God and all that is divine, a celebration of impious sacraments. Forsaking ascension and mining a path towards the centre of the earth, black metal finds a satanic stain lodged at the core of being.

However, the significance of this movement is not bound by a simple reversal. The inverted cross hangs above a swarming logic of inversion: the overturning of Christianity, but also a mimesis of Christian self-desecration (embodied in St Peter’s insistence on being crucified upside down as a sign of fallen humanity); the rejection of certain forms of religion, but also of modernity’s pallid enlightenment; the invocation of strange gods of the earth, even as the earth is cursed.

When thought becomes poison, it is no longer so easy to determine which way is up and which way is down. To throw down one’s head, to push oneself into the cursed earth, to occupy the place of the inverted crucified: is this to think-by-not-thinking an unconditioned rapture beyond negation and affirmation? Is inversion other than merely turning a hierarchy upside down? A more troubling subversion? And what is the place of inversion itself? Around what point or pivotal no-place is it possible?

Authors are asked to explore the theological, philosophical, political and aesthetic meanings of black metal inversion in ways that stretch and distort the boundaries of its apparent simplicity.

Send abstracts of 300-500 words to: hideous.gnosis@gmail.com