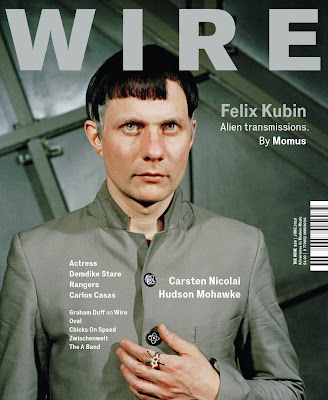 Hideous Gnosis: Black Metal Theory Symposium 1
Nicola Masciandaro (Editor)
CreateSpace Pbk 292pp
“What sucks is when metal is co-opted by wannabe academic nerds,” grumbled the Black Metal blog Chronic Youth in anticipation of the Brooklyn symposium on which this book is based. Scott Wilson’s “Pop Journalism And The Passion For Ignorance” uses the Chronic Youth complaint as its epigraph, treating it as part a “hostility to academic commentary on popular culture that unites conservatives with pop journalists and bloggers everywhere”. If there’s one attitude likely to be shared by certain Black Metal fanatics and the middlebrow compilers of Private Eye’s Pseuds’ Corner, it is this hostility to the ‘intellectualising’ of popular culture. Chronic Youth was by no means the only dissenting voice about the symposium: comments from the Black Metal Theory blog, included as an appendix here, and some remarks quoted in editor Nicola Masciandaro’s essay “Anti-Cosmosis”, attest to a deep suspicion about the project.
Yet Black Metal as a genre is saturated in metaphysics. If some BM performers resist commentary, they are nevertheless unlikely to trot out the boring musician cliché that ‘they just play’. The reticence comes from a reverence, a sense that what the music evokes is unspeakable. BM is a music of intense vision and commitment, a music that – whether it likes it or not – is deeply theoretical. As Evan Calder Williams argues, Black Metal “is smarter than it thinks”. It isn’t exactly a stretch to connect Xasthur, Burzum or Wolves in the Throne Room with the dark, inhuman philosophies of Bataille, Kierkegaard, Schopenhauer, Schelling and younger theorists like the gnomic metaphysician of decay, Reza Negarestani.
The danger with these sorts of projects is that they assume a kind of anthropological distance from their object, performing their analyses with a studied air of neutrality and a neurotic concern that footnotes are properly referenced. There is no trace of that in Hideous Gnosis: whether they are disinterring the different meanings of the ‘Black’ of Black Metal, as in Eugene Thacker’s “Three Questions on Demonology”, or tracing the mythic roots of some BM tropes in myth and folklore as in Aspasia Stephanou’s “Playing Wolves And Red Riding Hoods In Black Metal”, the essays are all exercises in passionate engagement, intellectual without being dryly academic.
It is quickly clear that BM’s real enemy is not religion as such – which, after all, is ripe for infestation and inversion – but the desacralised arcades of postmodern populism, with their ontological and cultural pluralism and their smirking personability. Joseph Russo’s essay “Perpetue Putesco – Perpetually I Putrefy” notes with disgust that religion itself has succumbed to this quotidian cheeriness: many “masses often take place in fluorescent-lit recreation centres” and “priests often wear swimsuits”. Much of Black Metal’s appeal consists in the way it constructs a (sepulchral, subterranean) alternative to these overlit zones. One of the most interesting and difficult problems, however, is BM’s tendency – by no means ubiquitous, but widespread enough – to characterise its alternative in terms of extreme right-wing politics. Benjamin Noys’s “’Remain True to the Earth!’: Remarks on the Politics of Black Metal” and Evan Calder Williams’s “The Headless Horsemen of the Apocalypse” are about the political implications of BM given that, in Williams’s words, it is not possible to “separate the musical wheat from the crypto-fascist chaff”. For Williams, BM becomes a symptom of the very world that it abominates but fails properly to negate: “If the antistatic condition on which Black Metal is staked is ... that of militancy, its impossible solution is collective militancy.” One of the many provocative claims in a book that is an exhilarating example of how to write about music as if it matters .
Mark Fisher
68 / The Wire / Print Run
at 7:35 AM