Anne Hilde Neset on Melancology in The Wire #325 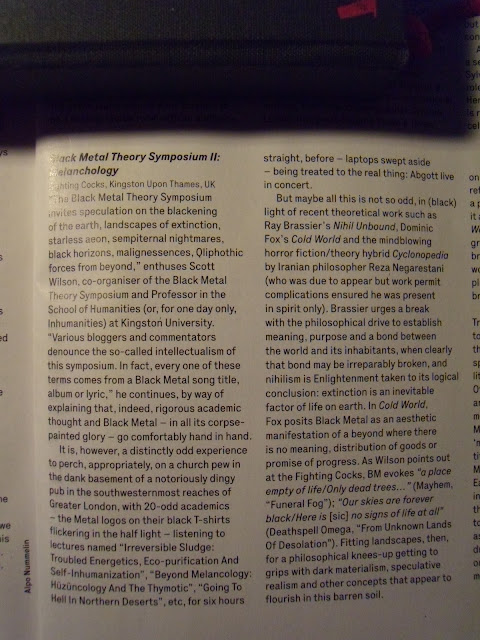 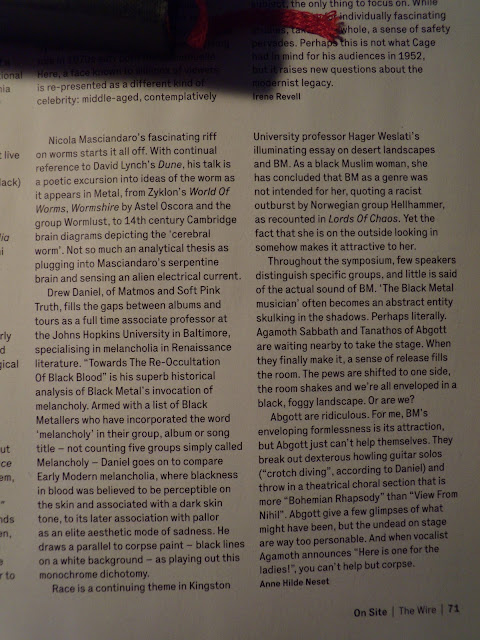 Helvete is a new open access electronic and print journal of black metal theory.
Editors
Zachary Price
Aspasia Stephanou
Benjamin Woodard
Editorial Advisory Board
Dominic Fox
Nicola Masciandaro
Dan Mellamphy
Michael O’Rourke
Karin Sellberg
Steven Shakespeare
CALL FOR PAPERS
Incipit: Open Issue
Helvete: A Journal of Black Metal Theory (Winter 2012)
Edited by Zachary Price, Aspasia Stephanou, and Benjamin Woodard
The editors of Helvete, a new journal of black metal theory, invite submissions for the journal’s inaugural issue. This issue is open topic in two senses. Firstly, it is an open issue in that all submissions appropriate to the journal’s general theme will be considered. Secondly, however, the editors encourage contributors to consider the topic itself open just as the first issue of a periodical publication is its opening. Thus, submissions that interrogate the problematics of beginning and genesis—or of openings, apertures, holes, etc.—at the conjunction of black metal and theory will be given priority. Black metal theory is the practice of the mutual blackening of theory and metal, and thus pushes the limits of contemporary academic genres by definition. In recognition of this, the editors welcome not only proposals for articles, but also for non, para, and protoacademic works, including commentaries, fragments, and visuals. We wish to encourage engagement in black metal theory by whatever means necessary.
Schedule
1 June 2011: Proposals due
1 September 2011: Drafts due
November 2011: Drafts returned with comments
1 February 2012: Final drafts due
March 2012: Publication
Proposals may be sent to the editors at helvetejournal@gmail.com
For detailed guidelines, see the Submission Checklist on our website.
HTTP://HELVETEJOURNAL.ORG
at 2:59 AM 0 comments